A week after floodwaters battered Baton Rouge, Louisiana, the nation’s leading flood-control experts converge on Portland this week for a four-day convention. 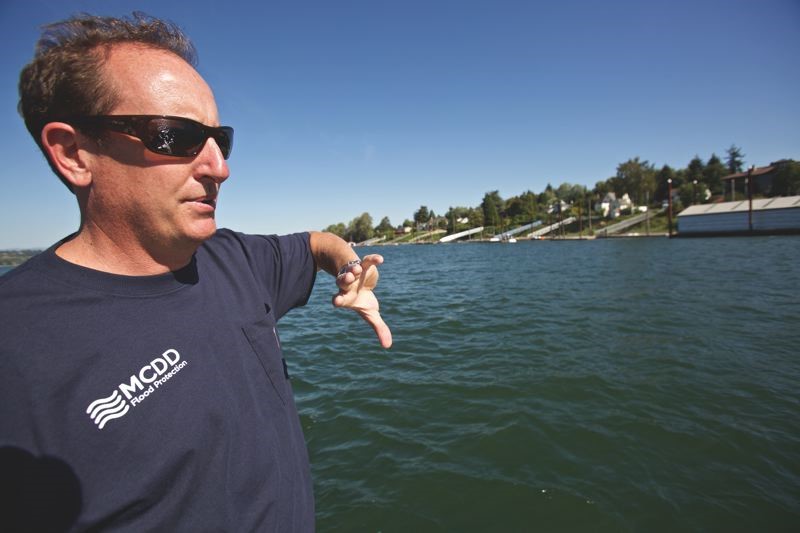 Local leaders of the Levee Ready Columbia project, who lobbied to bring the national conference here, will use the spotlight to pitch for federal funds to upgrade the 45 miles of levees that shield Portland, Troutdale, Gresham, Fairview and Sauvie Island from potentially catastrophic Columbia River floods.

The Columbia River levee system protects $5.3 billion worth of property from flooding, including thousands of homes, the Portland International Airport, the city’s backup water supply, and workplaces that host 10 percent of all jobs within Multnomah County.

The Columbia River surged to “100-year-flood” levels here — originally thought to occur only once per century — in 1894, 1948, 1956, 1964 and 1996. The most devastating was the Vanport Flood of 1948, when floodwaters burst through a railroad embankment doing double duty as a levee and leveled an entire city of 18,500 residents, many of them African-American.

The local levee system has held back raging Columbia River waters since then. But a 2014 engineering assessment by Levee Ready Columbia found that same 1.5-mile railroad embankment was still unsafe under new standards. That review found an old railroad trestle was buried inside the embankment, and there’s a large cherry tree growing out one side. That segment of the levee system likely needs to be replaced.

Multnomah County Commissioner Jules Bailey and other local leaders will address the National Association of Flood and Stormwater Management Agencies convention, which convenes today through Thursday at the downtown Portland Hilton Hotel. Bailey and others hope Levee Ready Columbia gets picked as a New Starts project, which is essential to getting federal money to bolster the local levee system that stretches from Troutdale to Sauvie Island.

“It’s an opportunity to pitch it to the federal decision-makers,” said Henry Burton, Bailey’s policy director.

The Portland area is well ahead of many communities in wrestling with stiffer and still-evolving new requirements imposed by the U.S. Army Corps of Engineers and the Federal Emergency Management Agency, Bailey said during a boat tour of the levees last Thursday. The two federal agencies have forged a close relationship with local leaders, and see the collaboration here as a national model, he said.

“Every local government has bought in and has financial skin in the game,” said Bailey, the chairman and convenor of Levee Ready Columbia.

But the federal government must choose from among cities like Portland, which are being more proactive, and other communities that have done little and may face more immediate flood risks. 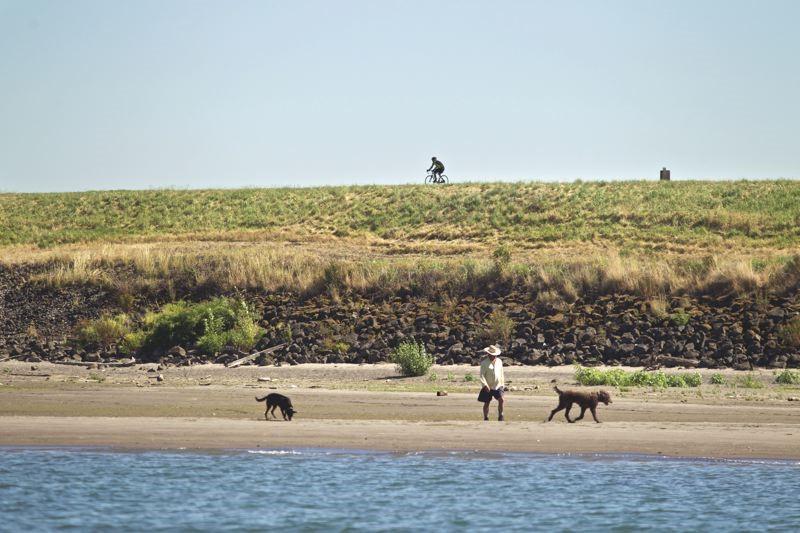 TRIBUNE PHOTO: JAIME VALDEZ – Grass growing on a levee near the Marine Drive bike path is a model for an ideal levee segment. Grass helps hold the sandy berm together, and there are no other buildings or other encroachments into the levee.

Once that second round of engineering assessments is done next year, Levee Ready Columbia will start talking about what physical improvements are needed, said Reed Wagner, executive director of Multnomah County Drainage District. Then the project must figure out how to pay for the projects and who must pay, he said.

Despite significant challenges ahead, there has been forward movement. Over the years, many things have been built atop the levee, including Northeast Marine Drive. In 2013, Wagner and others feared several hundred condos, homes and businesses, many of them along Marine Drive, would be deemed “encroachments” on the levee under new federal standards, and would need to be buttressed or removed.

But an engineering survey completed in May found that none of those buildings will compromise the levee’s safety, though they might get deluged during a flood, said Joel Shoening, community outreach specialist for the Multnomah County Drainage District.

Informally, the Army Corps of Engineers staff concurred that none of those buildings will have to be removed, he said. 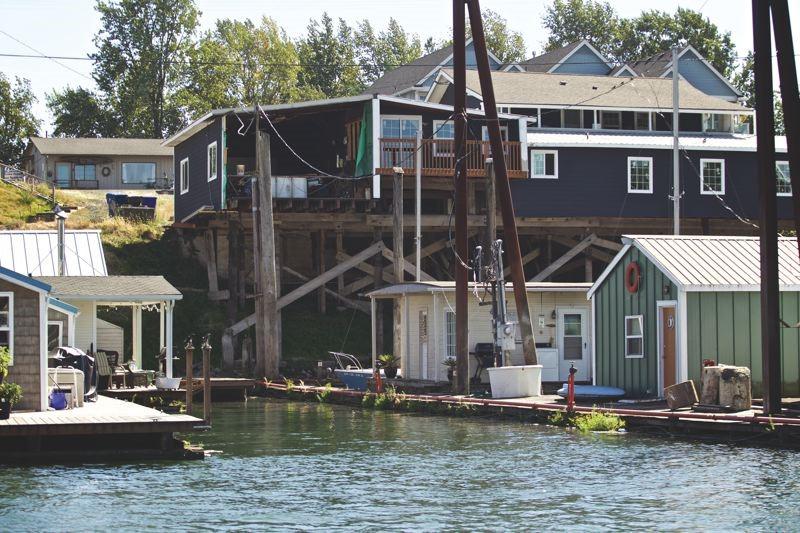 TRIBUNE PHOTO: JAIME VALDEZ – The home on stilts is encroaching upon the levee system in Portlands Bridgeton neighborhood. It could be deluged during a flood but isnt likely to compromise the safety of the levee.

But more than 4,000 trees and hundreds of BPA and other utility poles, traffic signals and other potential encroachments still must be evaluated.

It only takes one tree, such as that offending cherry tree, to provide an avenue for water to seep down into roots and weaken a levee.

In one recently completed project, cameras were installed inside 30 pipes that jut into the east-west levee section, “You don’t typically put multiple outfalls through a levee,” said Sara Morrissey, Levee Ready Columbia program manager. But those were installed decades ago, and some have since been abandoned, she said.

The entire project is made more complex by evolving and sometimes conflicting guidance from federal agencies. There aren’t that many “bright line standards” with the federal agencies, Bailey said. “We don’t always get the same answer, depending on who we’re talking to.”

And the unexpected pace of climate change has caused some rethinking of what weather-pattern changes mean for future flood potential. “Is a 100-year-old flood really a 100-year flood anymore?” Bailey wonders.

Last year, Burton said, Levee Ready Columbia made it through four of the five rungs needed to qualify for the New Start program, and he hopes this year Portland will climb the final rung.

Meanwhile, Morrissey said, “We’re not sitting back and waiting for a federal handout.” 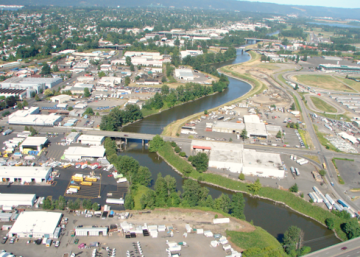