Oregon’s 2019 legislative session began this week. Among the many issues that will be discussed in Salem, the Levee Ready Columbia partnership has worked with local legislators to introduce several bills:

First, Senate Bill 254/House Bill 2323 authorize Business Oregon’s Infrastructure Finance Authority (IFA) to award more grants from the Special Public Works levee assistance subaccount. This account was established primarily as a loan fund in 2015. Although it has proved immensely beneficial to some communities, there are many in Oregon that cannot afford to pay back a loan, even at the state’s modest interest rates. This leaves levee projects incomplete, putting residents and businesses at greater risk. Additional grant funding is needed to support these communities.

To ensure there are funds in the account for the next biennium, we’ve also Senate Bill 432/House Bill 2324, which appropriates $10 million in lottery dollars to the levee assistance subaccount.

Finally, Senate Bill 431/House Bill 2008 would create an Urban Flood Safety & Water Quality District within Multnomah County’s Urban Growth Boundary (UGB) to manage and improve the Columbia Corridor levee and drainage system, enhance flood safety, and contribute to water quality in the managed floodplain. After forming and establishing a sustainable revenue structure, this district would be able to absorb the four existing drainage districts that currently manage the 27-mile levee system running from North Portland out through Gresham, Fairview, and Troutdale. 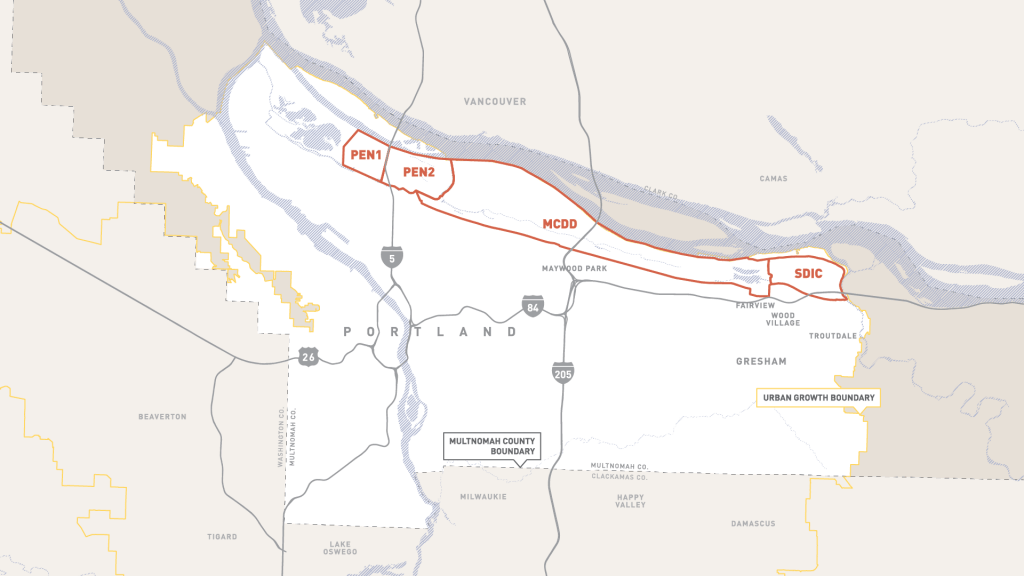 As the LRC partnership has worked to improve public safety and ensure the levee system complies with federal safety standards, it has become clear that the century-old governance and funding structures of the drainage districts are not adequate to support a large urban flood safety system. In 1916, when the drainage districts were established, the area was primarily farmland. The land uses in the area have change dramatically in the intervening years and today, the same area is home to the Portland International Airport, over 7,500 residents, 2,500 businesses, 59,000 jobs, critical infrastructure like the Columbia South Shore Well Field, Oregon’s second largest source of drinking water, many nonprofit and public services, and over 2,000 acres of parks and natural areas. As we work to modernize the levee system, we must also ensure it is supported by a modern oversight and funding structure that are able to sustain the infrastructure going forward.