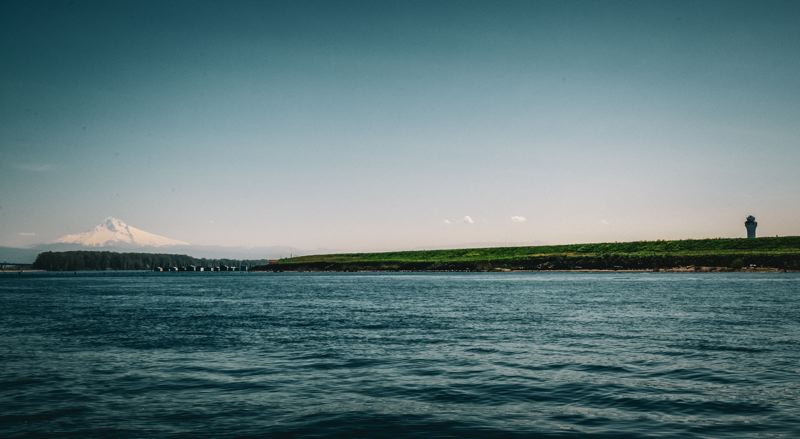 A new taxing district will ask Multnomah County voters to search their pockets for $115 million to $200 million — the cost of a capital improvements bond to keep the Columbia River corralled.

It’s the next step to recertify the 27-mile levee system, an effort that began in 2012 after the Federal Emergency Management Agency rewrote the rules of flood control in the wake of Hurricane Katrina.

The legislative proposal, which awaits only the signature of Gov. Kate Brown, would dissolve four local drainage districts in order to create a unified urban flood safety and water quality district along the riverbanks of North Portland through Gresham, Fairview and Troutdale.

“We face a very real risk of flooding along the Columbia,” said state Sen. Lew Frederick, who represents much of North Portland. “We know there will be another major flood, and with so much at stake, we couldn’t just sit back and wait for a crisis to happen to act.”

According to a legislative analysis of Senate Bill 431, the new authority would pay for day-to-day operations by charging residents within the existing floodplain about $7.5 million per year in fees. The bond, collecting a predicted $12 million annually for 20 years, would go on the ballot for Multnomah County voters within the urban growth boundary.

The trade-off is $5.6 million in taxes would disappear due to the evaporation of the Sandy Drainage Improvement Co. and Multnomah and Peninsula drainage districts.

Supporters say the districts were designed to protect farmers’ fields — not an international airport, interstate highways and a lively economic corridor that hosts 2,500 business and 7,500 residents.

“There’s no single entity responsible for prioritizing and managing flood risk in our community,” said state Rep. Chris Gorsek, D-Troutdale. “We have to plan ahead and think strategically to ensure people and their property are safe.” 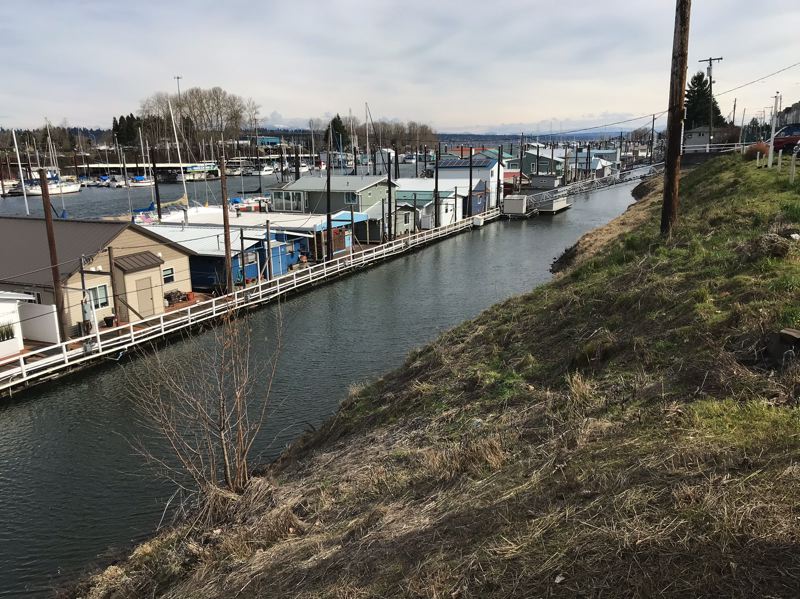 Their report identified 11 pump stations that need reinvestment, and determined the BNSF railroad embankment that failed during the Vanport Flood would likely be breached again.

Other trouble spots include the Interstate 5 interchange at Marine Drive, the Columbia Slough levee, a drainage canal west of PDX, a section of levee near Northeast 33rd Avenue and a no-longer-functional tide gate at Northeast 223rd Avenue.

“The drainage districts have really only been able to afford basic operations, and haven’t been able to do capital investments or investigations of whether the system is functioning properly,” said Evyn Mitchell of Levee Ready Columbia.

Mitchell says FEMA and Levee Ready have a “verbal” agreement to postpone remapping the floodplain as long as local leaders can show they are making progress to recertify the levees, perhaps with the help of federal dollars.

If that doesn’t happen, landowners would see sinking property values as their access to the National Flood Insurance Program is cut off. The expanded floodplain also would require more people to purchase flood insurance — onerous building code changes would be mandated.

“They’re not remapping right now,” Mitchell said, “but they could if something big were to happen.”

From there, a 17-member board would set up the new district, which would have the powers of eminent domain, its own seal and perpetual succession. Its other duties include preparing for the impact of climate change, promoting “equity and social justice” and improving water quality, fish and wildlife habitat and restoring floodplains. 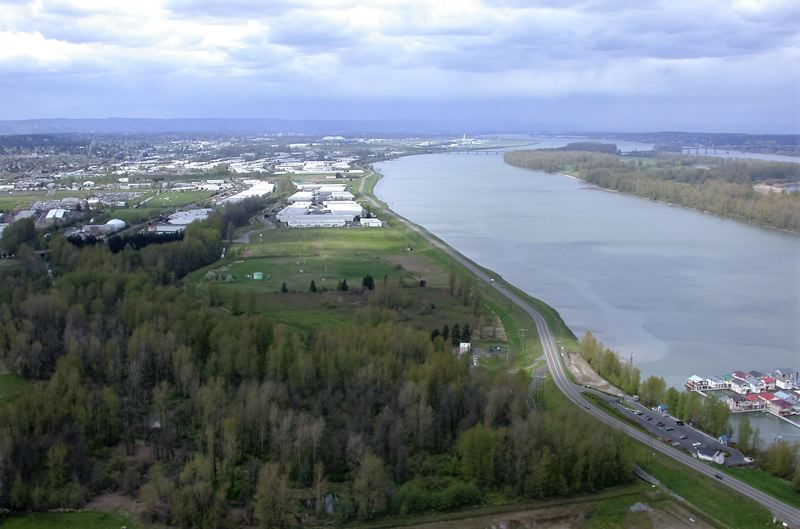 COURTESY LEVEE READY COLUMBIA – An aerial photo highlights a few empty fields on the banks of the Columbia River. Much of the corridor has been redeveloped for warehouses and shipping.