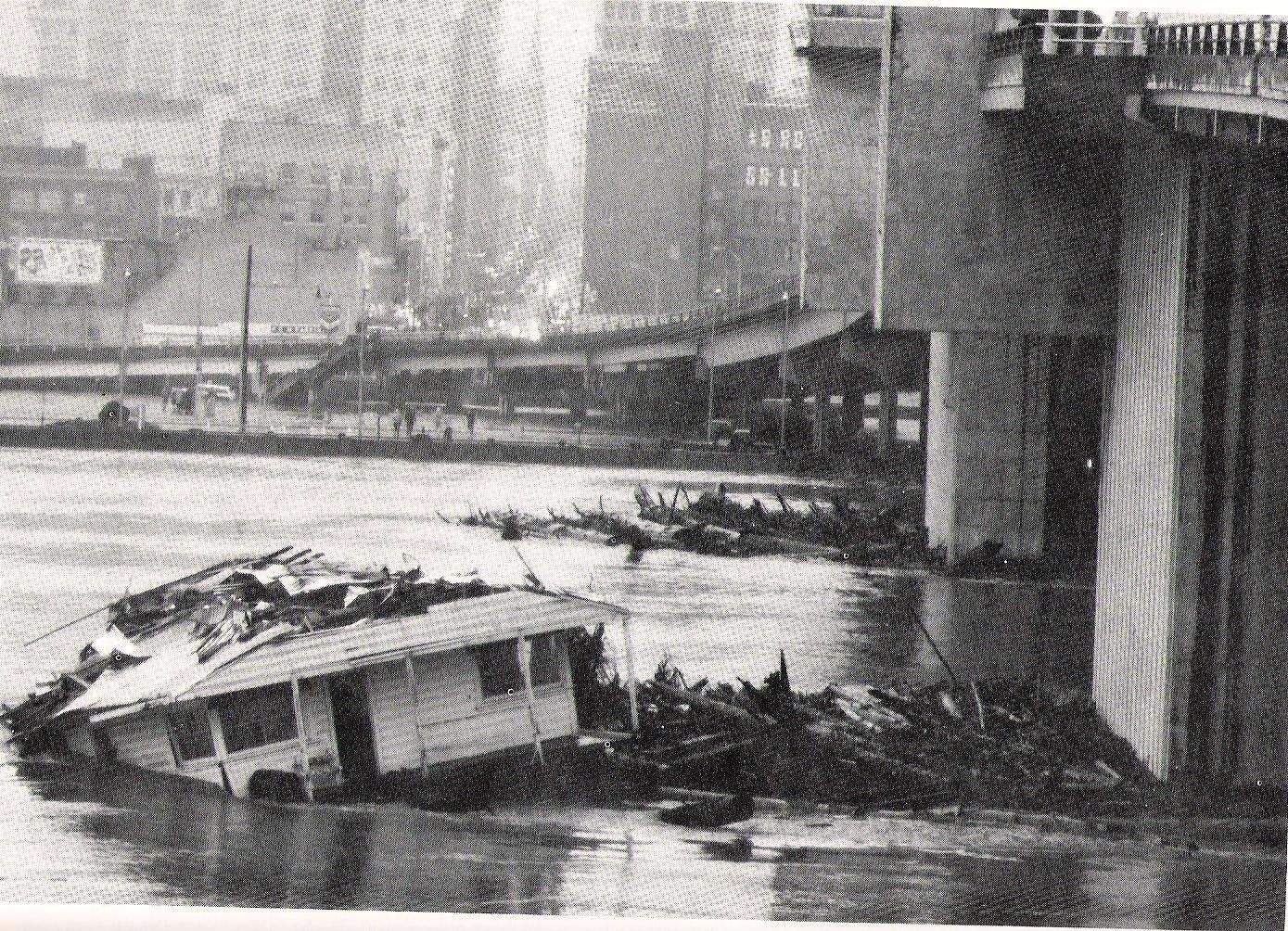 On December 13, 1964 an unusual cold spell hit Oregon, freezing the ground before dropping a large amount of snow, followed by a heavy amount of rain. When the rain moved in, the temperatures shot up by 30-40 degrees, causing the snow to melt quickly. The ground, however, was still frozen and impermeable, leading to overflowing streams and rivers. 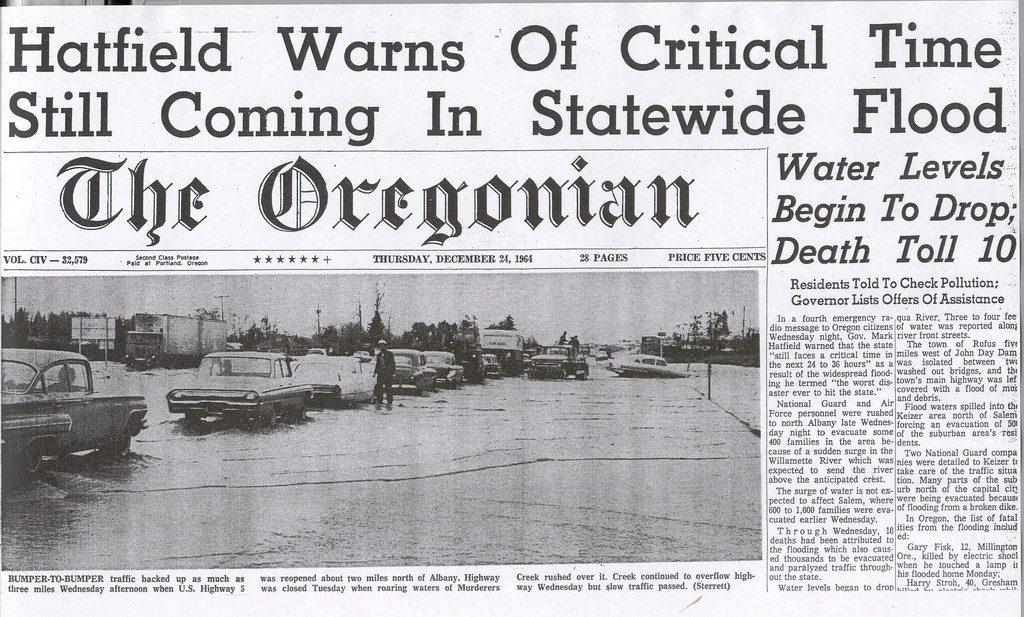 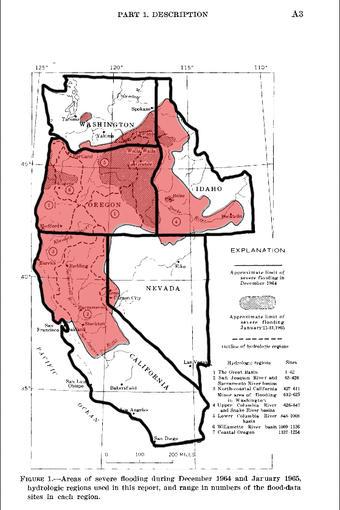 On the Columbia, river levels ultimately peaked at 33 feet. By the end of the flood, every river in Oregon was above flood stage. According to Pamplin Media, the “flooding resulted in 17 Oregonian deaths and approximately $1.1 billion of damage throughout the Northwest and California.”

Most of Oregon and parts of Northern California, Washington, Idaho and Nevada were impacted. Sections of over thirty highways and county roads were damaged, millions of board feet of lumber and logs were carried away from mill sites, thousands of acres of agricultural land was devastated, and 4,000 head of livestock died. Landslides and washed out tracks forced the Southern Pacific rail line to suspend services between Portland and San Francisco for 18 days as crews worked to repair the damages.

The Portland Office of National Weather Service describes the period before the Christmas flood as the “most severe rainstorm to ever occur over central Oregon, and among the most severe over western Oregon since the late 1870s.” While Portland saw a lot more rain than normal during the month of December, some places in the state set huge records. Crater Lake, for instance, received over 38.7 inches of rain compared to their normal average of about 11.69 inches. Eugene received 20.99 inches of rain, 14 inches more than their normal December rainfall.