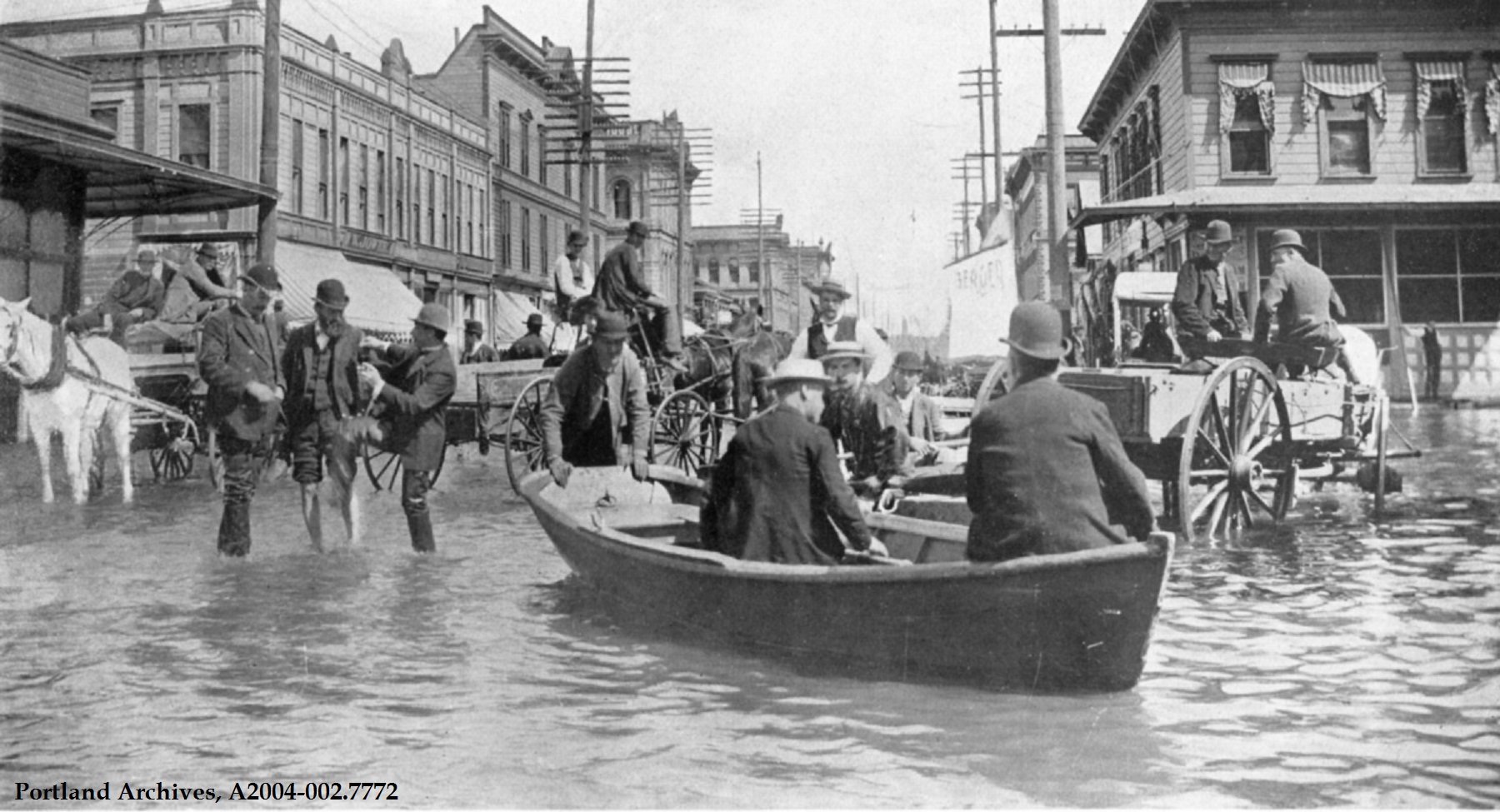 In May and June of 1894, heavy rainfall combined with spring snowmelt leading to significant flooding on the Columbia and Willamette Rivers in the Portland area. The Columbia River reached an elevation of 39.7 feet, which is still the highest flood on record to this day. 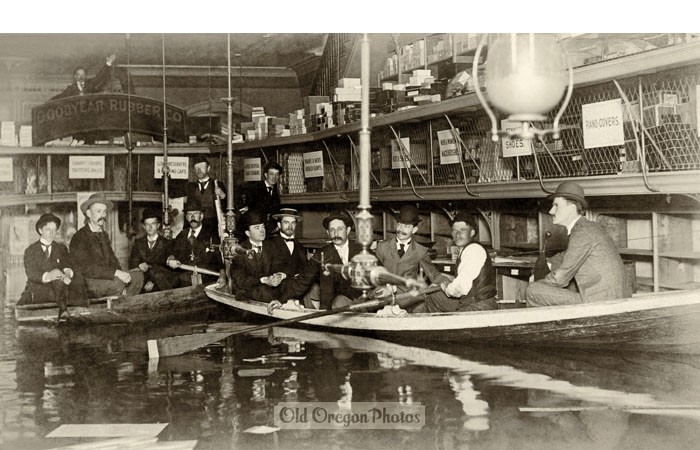 The Willamette River reached an elevation of 33.5 feet, which flooded the business district in downtown Portland, along with the agricultural lands outside of the city. It took almost three weeks for the floodwaters to recede so the residents took to using canoes and other small boats to travel around the city. Kids fished in the streets, restaurants and bars set up on rafts, some shopkeepers even raised their shelves above the water so they could reopen for business. 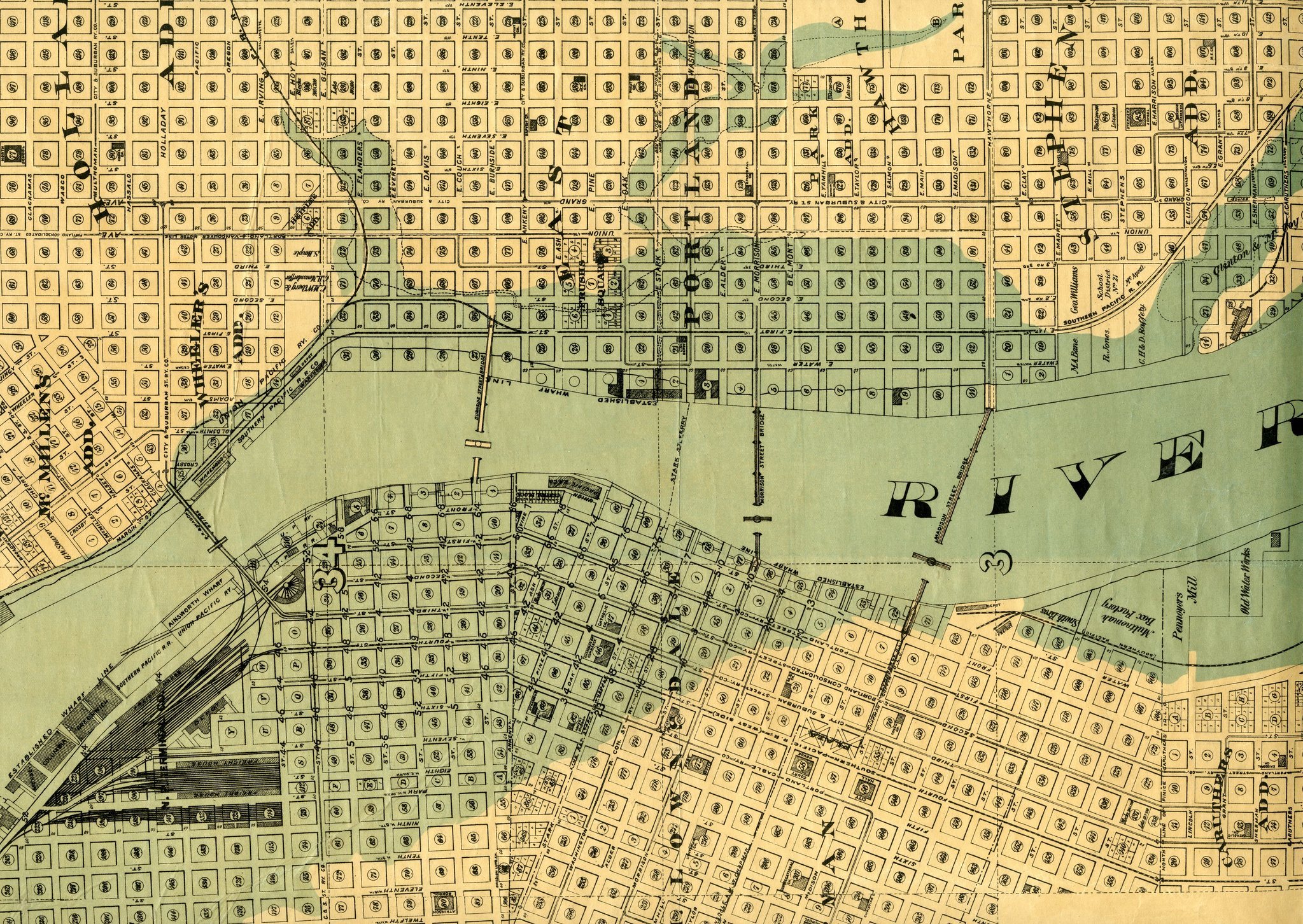 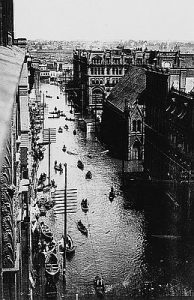 Once the floodwaters receded, the damage was assessed. According to newspaper reports:

To this day, the Great Flood of 1894 is considered the “flood of record”- the highest observed level of flooding on record for a given location. It was also the level used by the US Army Corps of Engineers and local governments to determine the appropriate height of the levees constructed along the Columbia River and Columbia Slough in the early part of the 20th century.