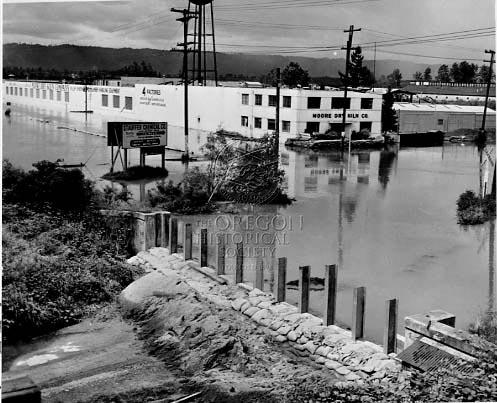 The winter of 1955 to 1956 was very wet. In higher elevations, the snowpack began to accumulate by the end of October in 1955 and was much higher than usual by springtime. There was consistent precipitation in the Columbia River basin from October of 1955 to February 1956, and heavy rainfall continued in the northern Columbia basin through March. Quickly warming temperatures in the late spring caused rapid snowmelt, flooding the Columbia River. Water levels stayed at major flood levels for 12 days, peaking at a 32.9 feet.