High Water on the Columbia

After record-setting rains in February and heavy rain in March of 2017, the Columbia River began to rise, triggering enhanced emergency operations for the local drainage districts in anticipation of flooding. On March 22nd, a houseless encampment on the Columbia Slough peninsula had to be evacuated as the peninsula flooded. On March 31, 2017 the river peaked at 22.9 feet, flooding some areas along the river and Columbia Slough. For nearly a month, the drainage districts inspected the levees on land and in boats for any erosion, slides or other stability issues.

The levee system sustained some damage and the levees did show some signs of their age with erosion and seepage issues. The Multnomah County Drainage District assessed the damages following the event and made repairs as needed. 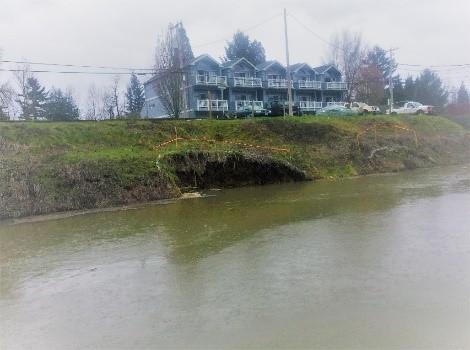