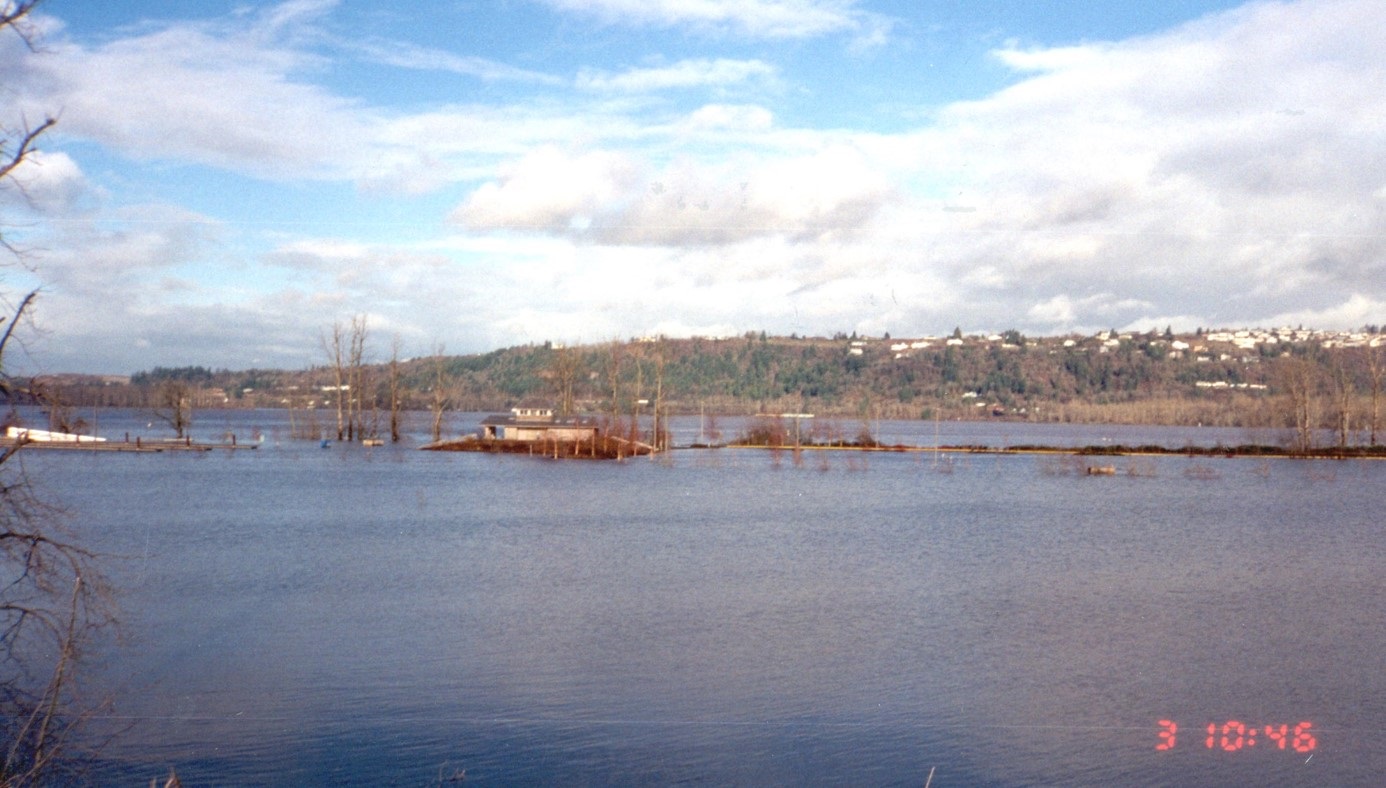 The winter of 1995 – 1996 was one of the wettest on record in the Pacific Northwest. Heavy rains fell throughout November, December, and January. Then, in January, a combination of northerly arctic air and subtropical moisture led to heavy snow in the mountains, increasing the snowpack by over 200% above average. As February began, freezing cold temperatures froze the wet ground. Then, on February 5th, the cold spell broke and a series of warm surges began dropping unusually 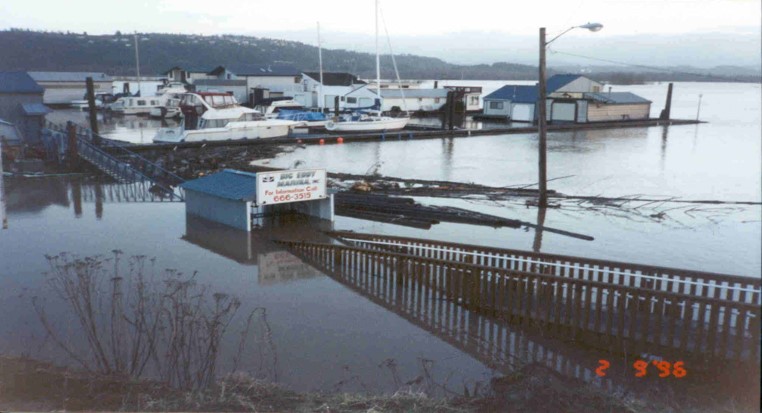 heavy amounts of rain on the western parts of Oregon, leading to rapidly melting snowpack in the Coast Range and Cascades.

The rain was intense, surpassing all-time records in many locations. The combination of record-breaking rain, warm temperatures, and deep snowpack led to severe flooding in many parts of northern Oregon, including along the Columbia and Willamette Rivers. The water continued to rise quickly on February 6-8. By February 9th, tens of thousands of people had to be evacuated from their homes. The Columbia River reached 33.8 feet. 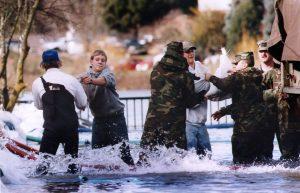 To keep the Willamette River from flooding downtown Portland, the US Army Corps of Engineers staff coordinated operations of 60 dams throughout the Columbia River Basin. In Portland, volunteers and emergency workers worked as quickly as possible to reinforce the downtown Portland flood wall. Fortunately, these efforts worked. By working closely with other agencies to manage flows in the basin, the Corps was able to keep the river below the top of the flood wall in downtown Portland.

On February 9th, the Willamette and Columbia Rivers crested at their highest levels since the Christmas flood of 1964 before leveling off as the heavy rains slowed and the rivers began to recede. 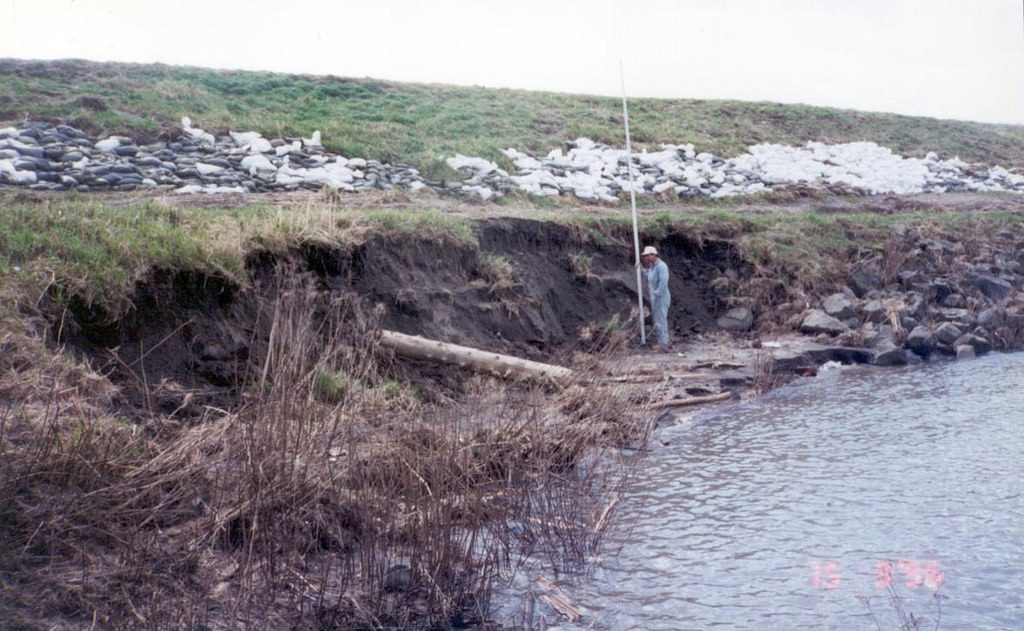 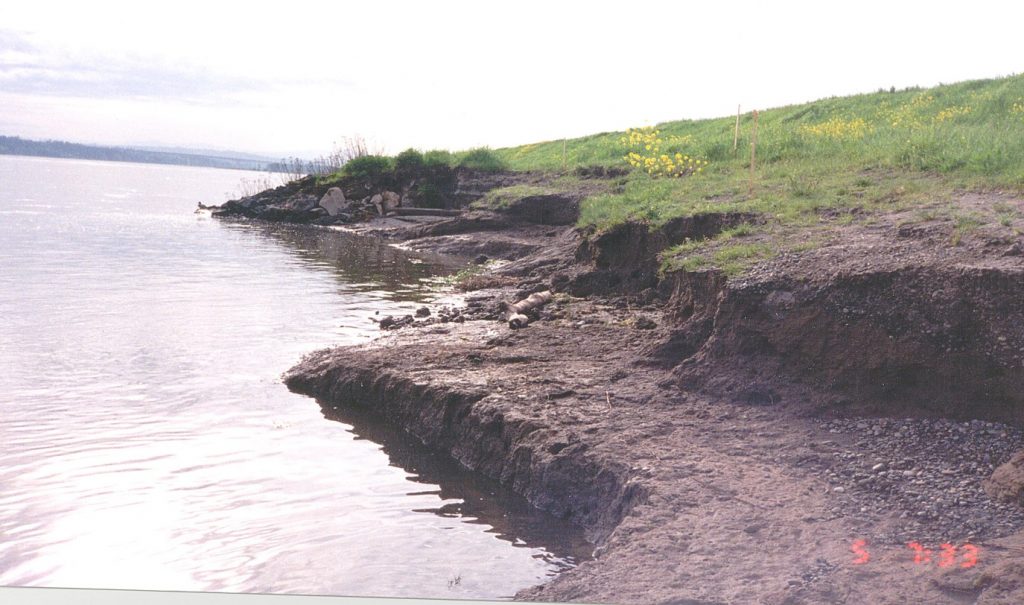