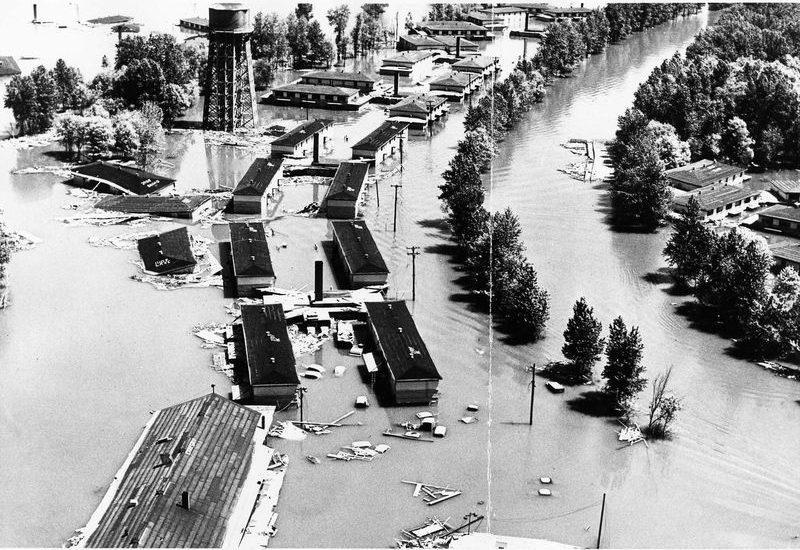 1948 was a very wet year, even by Oregon’s standards. A warm, rainy May caused the heavy snowfall in the mountains to melt quickly, leading to rapidly rising river conditions on the Columbia, which ultimately peaked 36.1 feet.

Around 4 p.m. on May 30th, Memorial Day, the railroad embankment on the western end of the levee system, collapsed under the pressure from the river, sending waves of water into the city. Within ten minutes, Vanport was inundated. In less than a day, the nation’s largest housing project – and Oregon’s second largest city – was destroyed. At least 15 people died,18,000 residents were left without homes, and scores were injured.

To read more about the City of Vanport and the 1948 flood, we encourage you to check out some of the following resources:

Several local organizations are working to ensure the memory of Vanport does not fade: 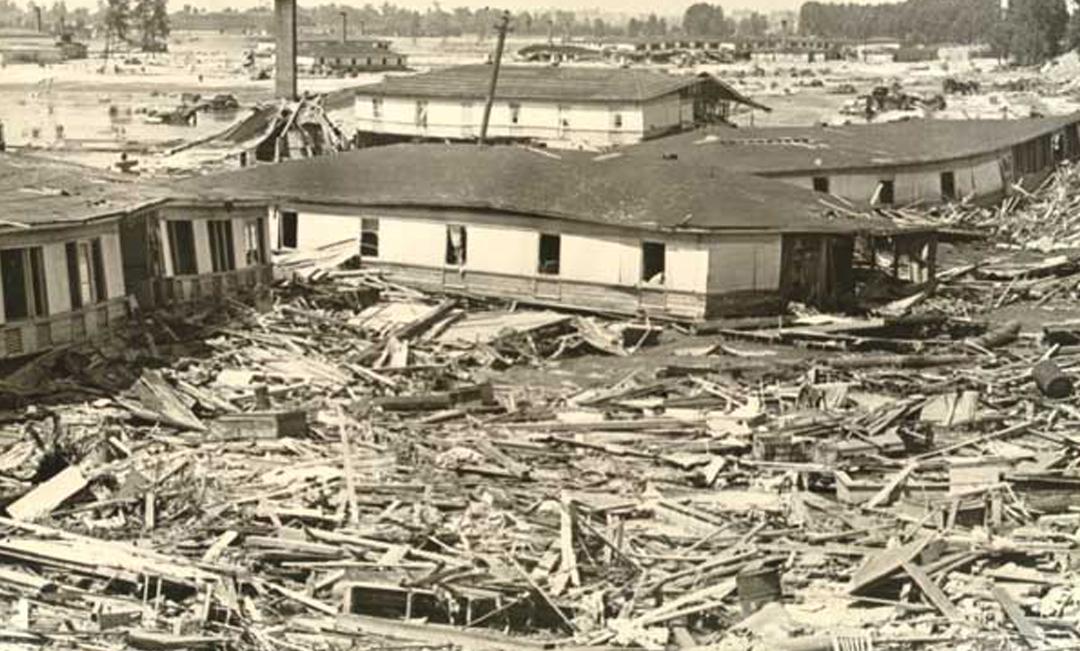